The holiday season always puts everyone in the mood for a good movie. And what better place to see it than the historic Ute Theater located in downtown Saguache? So make it a holiday treat, complete with dinner and some holiday cheer!

This weekend, Nov. 20-22, film lovers can catch the classic “Wizard of Oz.” Who doesn’t love to follow the Yellow Brick Road? 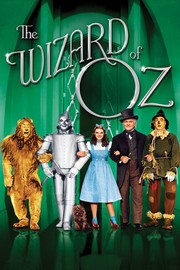 This family classic (rated G) is everyone’s favorite 1939 American musical film, known for its use of Technicolor, and based on the 1900 novel “The Wonderful Wizard of Oz” by L. Frank Baum. The film stars Judy Garland as Dorothy Gale with co-star Terry the dog, billed as Toto and a cast of hundreds! For show times and tickets visit their website: Ute Theater.

Then on Thanksgiving weekend, Nov. 27 & 28 the historic Ute Theater will be presenting Unbranded, an Indie Film. According to the film’s website, the synopsis of the film is as follows: Four young Cowboys hatch an outrageous plot to adopt, train, and ride a string of wild mustangs 3,000 miles from Mexico to Canada through the wildest terrain of the American West. The trip became an epic journey of self-discovery, tested friendships, and iconic landscapes that included runaway horses, a sassy donkey, perilous mountain passes, rodeos, sickness, injury, and death. The Audience Award winner at Telluride Mountainfilm and Hot Docs Film Festival, Unbranded is a soaring tale of danger and resilience, an emotionally charged odyssey that shines a bright light on the complex plight of our country’s wild horses.

The annual Ute Theater presentation of Charles Dickens’ “A Christmas Carol,” is being performed for the community in early December. Of course, many are familiar with this story of a bitter old miser named Ebenezer Scrooge and his transformation into a gentler, kindlier man after visitations by the ghost of his former business partner Jacob Marley and the Ghosts of Christmas Past, Present and Yet to Come. 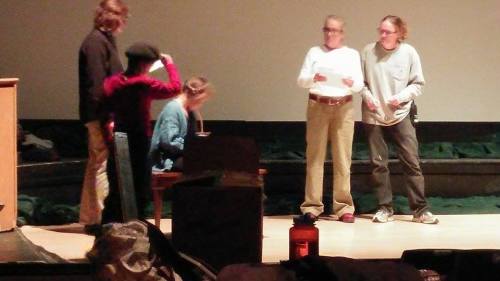 Saguache’s annual presentation of Dickens’ “A Christmas Carol,” is in rehearsals at the historic Ute Theater. The play will present the first part of December – stay tuned! Photo: Lynn Nowiskee/Saguache Today.

The group is still in need of some additional people to be part of the Stage Crew for the first week of December. Rehearsals for this holiday classic are on Tuesdays and Wednesdays at 7 p.m. at the Ute Theater in downtown Saguache.