We’re approaching the time of year when most people begin to think about their New Year’s resolutions. As we look forward to all of the opportunities 2017 will bring, I think it’s also important to take a moment to reflect on the progress we have made in the past year and identify areas where there is still work to be done.

Representing the Third Congressional District of Colorado in the 114th Congress has been an honor. My primary focus this Congress has been on advancing policies that grow jobs, spur economic growth, and support health and safety in our communities. 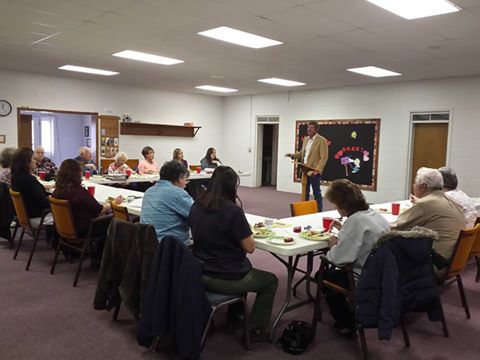 I’m proud of the bipartisan effort the resulted in the passage of the Comprehensive Addiction and Recovery Act (CARA), which was signed into law in July, and the 21st Century Cures Act, which has passed both Chambers of Congress and will soon be signed into law.

During roundtable meetings in the communities that have been most devastated by the opioid epidemic, I heard from parents, health care providers, law enforcement officers, and others about the heavy toll the epidemic has had on almost every part of our society. Both CARA and the 21st Century Cures Act will have real-life, positive impacts on those who have been touched by opioid addiction.

I was also proud to work with Colorado U.S. Sen. Cory Gardner to make sure the Water Infrastructure Improvements for the Nation (WIIN) Act, which will be signed into law before the end of the year, included a provision to expedite the process for states, local governments, and tribes seeking to recoup expenses they incurred after the Gold King Mine spill.

Following the Gold King Mine spill, it is clear that we need a better approach when it comes to cleaning up contamination in old abandoned mine sites in the West. I will continue to work next Congress on Good Samaritan Legislation that removes existing hurdles that discourage qualified Good Samaritan groups from conducting remediation.

Overall, our primary focus in the 115th Congress will be to roll back the unnecessary and overly burdensome regulations that have overrun states’ rights and plagued our economy over the last eight years. Our first order of business will be repealing and replacing Obamacare with a health care system that is actually affordable and accessible for Americans. Then we’ll turn our focus to enacting the reforms we’ve developed over the past year as part of our Better Way Agenda to fight poverty, restore Constitutional power, allow people to keep more of their hard-earned money, and rebuild our national defense.

We have a tall task ahead of us, but we’ll hit the ground running in 2017.