On Wednesday, Feb. 1 Fire Rescue teams from across Saguache County were dispatched to a structure fire out near the area commonly referred to as the triangle, created by the intersections of US Highway 285 and CO Hwy 17 intersect.

Multiple Fire Rescue teams were dispatched to a fire near Hwy 285 and CO Hwy 17 on February 1 in Saguache County. The structure fire was put out and no injuries were reported. Photo: Saguache Sheriff Deputy Wayne Clark,

“Truly a multi jurisdiction endeavor !” wrote Deputy Clark.  The incident involved a house near the Lazy KV Estates, as well as a garage and several sheds nearby. Fortunately the structures were not occupied and no injuries to people were reported. Deputy Clark did write that there were propane bottles inside the structures which continued to “cook off” and explode during the incident.

“The house was smoking but our fire departments hit it hard,” reported Deputy Clark.

So great work, and good job to all the fire rescue teams that keep everyone safe in the San Luis Valley and Saguache Today. If this incident motivates you to want to become involved and volunteer for local fire-fighting efforts, you may consider attending tonight’s meeting.

Firefighters hit the recent house fire hard with the water hose. Their efforts paid off, extinguishing the blaze with no report of injuries. Photo: Saguache Sheriff Deputy Wayne Clark.

A reminder that if its the first Tuesday of the month, then it’s meeting time for the Northern Saguache County Fire Protection District. Tomorrow, Tuesday, Feb 7 the district wil hold its reguar meeting at 6:30 p.m. at the Saguache Fire Station, located at 330 Denver Avenue in Saguache.

Earlier in the year the department also announced the following awards: Congratulations to John Garcia rookie of the year, Rebecca Drake and Stan Murphy for officer of the year, and Anthony Salaz fire fighter of the year!

On Saturday, Feb 11, Kuma Tactical (KT) will be having a concealed carry weapons (CCW) class in Crestone. 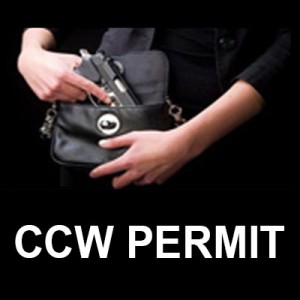 Class starts at 10 a.m. All classes are taught by current law enforcement and National Rifle Association instructors. Kuma Tactical will provide breakfast, the necessary paperwork and your training certificate that you need to apply for your CCW. All you have to do is show up!

KT’s Lead Instructor Wayne Clark will also have range time that usually takes an hour in which you and Clark will go out and shoot. During this time some of the things reviewed include stance, proper way to hold your weapon, failure drills and other things to make you more effective.

The cost for the class is $100. As part of the class less than lethal options will be presented. KT offers a full line of self defense items (stun guns, batons, OC spray etc. ) along with many other survival items.

The CCW class will also be taught in Saguache on Saturday, Feb. 18 at 10 a.m at the Saguache County Sheriff Department. The program will include the same as listed above.