By Joyce Rankin, Board of Education, 3rd Congressional District 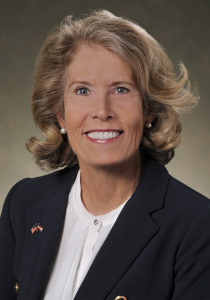 Joyce Rankin is on the State Board of Education representing the Third Congressional District, which includes Saguache and Saguache County.

She writes the monthly column, “Across the Street” to share with constituents in her district.  The Department of Education, where the State Board of Education meets, is located across the street from the Capitol. She may be reached at joycesrankin@gmail.com.

Remember “Common Core”? That term first appeared in 2010. It referred, at that time, to the controversial Math and English Language Arts Standards that Colorado, along with 41 other states, adopted for the K-12 grades. Is common core working in Colorado and are we ready to accept new nationally created science standards to align with them?  Just how common are Colorado K-12 students?

Colorado state law requires a review and revision of the Colorado Academic Standards every six years with the first review to be completed by July 2018.  The Colorado Department of Education (CDE), along with input from a committee of teachers, subject experts, and interested citizens, is reviewing and making recommendations.  The State Board of Education (SBE) will vote on the revisions.

At the January SBE board meeting we heard from committee representatives who reported on the work progress in areas of Music, Science, Social Studies, Reading, Writing and Communication.  Recommendations included minor changes to the existing Colorado Standards. However, in the field of Science, committee members suggested that we revise the current Colorado standards in favor of the new “Next Generation Science Standards” (NGSS). These nationally created standards are a sequel to the Common Core Standards in Math, and English Language Arts, and are being considered as replacements for Colorado’s current science standards. The creators of NGSS assert that there is a need for a new “conceptual framework” which will align with Common Core Math and English Language Arts.

Currently, there are no assessments to test against these new standards so teachers and states will have to adopt new curriculum materials and tests to incorporate the new NGSS standards. There will, of course, be a cost to local districts. Prices will include teaching materials, assessments, textbooks, teacher training and ongoing professional development.

Nineteen states have adopted the new standards. However other states have rejected them in favor of keeping their current state science standards. Kentucky, Oklahoma, and Wyoming are among those rejecting NGSS. A few of the objections, beyond the fact that they are a national “one-size-fits-all” approach, include: leaving out content in Chemistry and Physics, teaching man-made climate change and the overall lack of basic science knowledge.

Colorado adopted Math and English Language Arts Common Core Standards in 2010.  Are our students doing better academically because of these standards? Are we ready for a dramatic change in Science standards?

Joyce Rankin may be reached at joycesrankin@gmail.com.