By Joyce Rankin, Colorado Board of Education

Do you remember the Iowa Test of Basic Skills (ITBS)? Yikes, was it that long ago? ITBS, developed in 1935 by the University of Iowa, was administered as a tool for improving K-8th-grade education. Students took tests at each grade level to determine how they were learning. In 2017 Iowa’s new testing program, Next Generation Iowa Assessments (NGIA), was rolled out.  Nearly all of the school districts in Iowa currently use this assessment tool. Many other states are also using Iowa’s tests. Over the years other tests have been developed by different testing companies and Colorado, it seems, has tried more than a few.

Colorado has changed tests over time, in attempts to align with the Colorado State Standards.  There have been ongoing concerns with the time it takes to administer tests and turnaround time, but these times have improved.

Here is a review of the latest progression of testing in Colorado:

The Partnership for Assessment of Readiness for College and Careers (PARCC) test was replaced, in 2017, in favor of the Colorado Measurements of Academic Standards (CMAS) tests in Math and English Language Arts (AKA Reading, Writing and Arithmetic!). These tests are ninety minutes shorter than previous tests.  CMAS Tests are given every year from 3rd – 9th grades. Social Studies which encompasses, History, Geography, Civics, and Economics, is administered on a sampling basis with schools participating once every three years. Science tests are taken in grades 5, 8 and 10. 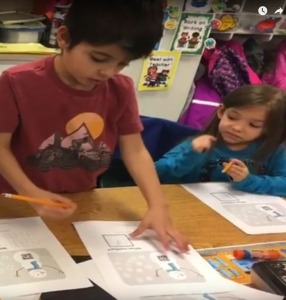 The college entrance exam, the SAT, is taken in 11th grade with the preliminary tests PSAT 9  and PSAT 10 given in 9th and 10th grades respectively. The meaning of the acronym SAT is complicated.  Originally it stood for Scholastic Aptitude Test. Then the name changed to Scholastic Assessment Test. In 1997 the people who created the test announced that the acronym SAT no longer stands for anything.

This year testing will take place from April 9-27.

The SAT can be used for college admission and is known as a “high stakes” test. Students try to get the highest score possible, and there are strict protocols for test administration: students must sit at least four feet apart, if students talk, during the test, they will be dismissed and not receive scores, and students arriving after the exam begins are not admitted. Last month the New York Post reported cheating by 200 students at a Bronx high school.  Students broke every rule set forth by proctors of the exams. For such a high stakes test, it is imperative that strict protocol rules are followed.

We’ve gone from Iowa Tests of Basic Skills to SAT. But what about the Kuder Preference Test? Remember that one? When you finish taking it, you will get an idea of your career path. I just completed the free online version: I’m destined to be a TEACHER! Whew!