“Won’t You Be My Neighbor?” in Saguache Today

It’s days like these when everyone could use a bit of Mister Rogers’ Neighborhood. So if that includes you, then head to Cozy Castle Cinema in downtown Saguache, this weekend, August 24 – 26 and feel the love.

Released on what would have been Rogers’ 90th Birthday, filmmaker Morgan Neville examines the life and legacy of Fred Rogers, the beloved host of the popular children’s TV show “Mister Rogers’ Neighborhood.” So if you’re looking for a touching, feel-good film, don’t miss this one!

Charmingly soft-spoken and yet powerfully incisive expressing his profound ideals, Fred Rogers was a unique presence on television for generations. Through interviews of his family and colleagues, the life of this would-be pastor is explored as a man who found a more important calling to provide an oasis for children in a video sea of violent bombardment. That proved to be his landmark series, Mister Rogers’ Neighborhood (1968), a show that could gently delve into important subjects no other children’s show would have dared for that time. In doing so, Rogers experienced a career where his sweet-tempered idealism charmed and influenced the world whether it be scores of children on TV or recalcitrant authorities in government. However, that beloved personality also hid Rogers’ deep self-doubts about himself and occasional misjudgments even as he proved a rock of understanding in times of tragedy for a world that did not always comprehend a man of such noble character. 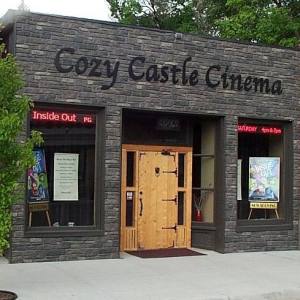